As in the distant past when our ancestors were the builders, new structures are rising up at Mapungubwe National Park and World Heritage Site. With the addition of a unique interpretation centre, a campsite and a brand new staff village, the park is developing quickly…

The teams of builders working in the park on the construction of the interpretation centre, the campsite and the brand new staff village are made up of local people from Musina and Alldays. They are part of the poverty relief projects that make the park developments possible and provide formerly jobless people with a salary and training.

The Interpretation Centre under construction “will tell the story of Mapungubwe in different layers”, park manager Tshimangadzo Nemaheni explains. The expositions will focus on the wealthy iron age civilization that lived in the area between 900 and 1270 AD, but also on stone age inhabitants – who left impressive rock art in sandstone shelters. The time of excavations, after the rediscovery of Mapungubwe in 1932, is also on display.

The centre – that will hopefully open its doors within 2007 – will exhibit glass beads and ceramics that were imported from faraway Asia and pottery and metal objects from the Mapungubwe area. “Hopefully the golden rhino will be here, but maybe we have to be satisfied with replicas’’, Nemaheni says. Security might prevent a transfer of some of these artifacts from their current home in the Mapungubwe Museum in Pretoria to the park itself.

Many visitors to the area will be happy to learn the park will open a camping site in the beginning of 2007. This will provide a true bush experience in the middle of the Limpopo riverine forest that is favored by elephants, bushbuck and many other mammals. Although the ten sites have private water taps and electricity points, the camping won’t be fenced in. Therefore it won’t be a place for the fainthearted, “this is the real experience”, Nemaheni smiles.

A third big building project will only affect visitors indirectly when they encounter happy staff. This last project is the favorite with Mapungubwe personnel: the staff village. Currently staff accommodatin is scattered all over the park. When the housing (just outside the park across the tar road) is finished, the tourism staff will be able to stay together, close to the main gate. 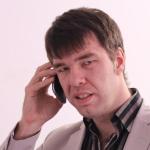